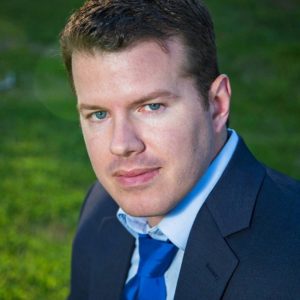 It shouldn't cost an arm and a leg either.

Not all divorces require a fight. Many spouses are able to agree and move on without a lengthy court battle. Attorney Jerome Andries can help you get your divorce as quickly and painless as possible without breaking the bank.

If you’ve found your way to this Louisiana Divorce Guide, chances are you’re either contemplating getting a divorce or your spouse has initiated divorce proceedings. If you feel that you’re alone in this, trust me, you’re not. A large percentage of married individuals experience at least one divorce in their lifetimes. You likely have questions as to what you should expect when going through a divorce; this Louisiana Divorce Guide will provide information on the basics and will attempt to answer some of the most frequently asked questions our law firm receives.

Each situation is different and it is highly advised that you contact an experienced Louisiana Divorce Lawyer at the Andries Law Firm to discuss your options.

Let’s start with the basics:

How Long Do I Have to Wait to Divorce in Louisiana?

Louisiana has a separation requirement when spouses wish to divorce. The time frame depends on the type of divorce you are filing. Of course it wouldn’t be simple, but don’t worry, we’ll explain each type in detail. Louisiana recognizes two basic types of divorces; “Fault-Based” and “No-Fault.”

In a “No-Fault” or uncontested divorce, neither party is alleging that the other spouse is responsible for the breakdown of the marriage. This is by far the most common type, so we’ll begin our discussion with this one first. If there are no minor children born of the marriage, you must be separated for at least 180 days. If there are minor children, you must be separated for 365 days before the judge will sign a Judgment of Divorce forever dissolving your marriage.

Do I File for Divorce Before or After Fulfilling the Separation Requirement?

You can either file first as a 102 Divorce, then wait the requirement amount of time or you can fulfill the separation requirement, then file as a 103 Divorce.

Do I Need Grounds for Divorce in Louisiana?

No, as we discussed earlier, Louisiana recognizes “No-Fault” Divorces and you are not required to have grounds for divorce. You can literally just call it quits if you so desire. Either party may initiate divorce for any reason. Gone are the days when your spouse could deny you a divorce in an attempt to force you to stay with them. All you need to do is make the decision to separate and file a Petition for Divorce.

Sounds too easy? Well, the waiting periods were put into place in an attempt to encourage reconciliation between spouses. The reasoning was that if you want to get out of a marriage, the State will allow you to without providing a reason, but you must wait the required amount of time before a final divorce will be granted.

Is Having Grounds for Divorce Beneficial to my Case?

Having grounds for divorce may be helpful in determining ancillary matters such as child custody. The Judge will want to look into the character and moral fitness of the parents when deciding on child custody in Louisiana.  For example, child custody may be affected if there are claims of one parent physically or sexually abusing the child.

The Judge may also use the grounds for divorce to award custody or to deny a claim for spousal support.

If the parties are agreeing to an uncontested divorce, grounds for divorce will likely not come into play.

What if I Want an Immediate Divorce in Louisiana?

There are two basic types of “Fault-Based Divorces” in Louisiana: Adultery and Felony Conviction. Adultery is the most common and is covered under Louisiana Civil Code 103. It’s exactly what it looks like, one party committed adultery during the marriage. A party filing a divorce based on adultery may obtain a Judgment of Divorce without having to wait the time period that we previously discussed. However, there’s a catch. You must be able to prove it in court. This means the accusations and evidence of your spouse cheating will go into the public record where it will remain forever and anyone can have access to it just by looking up your name. It sounds harsh and it is. Most parties prefer not to file a divorce based on adultery, even if they can easily prove it because they don’t want everyone to know what happened. Also, the court is an open forum, meaning anyone in the public can sit in and watch. This is an uncomfortable situation, especially in small towns where you know everyone. However, this is an option is you desire a fast divorce versus waiting.

What is Considered Adultery for a “Fault-Based Divorce in Louisiana?

Basically, adultery is voluntary sexual intercourse between a married person and another person who is not their spouse. However, adultery can cover a wide variety of activities. Adultery is proven in court by text messages, Facebook and Twitter messages, video, photos, phone call logs and private investigators.

The next type of fault-based divorce in Louisiana is the felony-conviction divorce. Louisiana Civil Code Article 103: “The other spouse has committed a felony and has been sentenced to death or imprisonment at hard labor.” There has to be a conviction and sentencing.

What Happens if We Get Back Together, But Then Separate Again?

If you get back with your spouse after filing for Divorce in Louisiana, the cause of action for divorce is extinguished. This means that if you get back together with the intentions of living together as husband and wife and resume the marriage, you must start the divorce process over if you split up again.

For example, Susan and Bob separated and Susan filed for a “No-Fault” divorce. Four months passed and she and Bob began trying to work things out again. They lived together for a few days with the intention of resuming their life as husband and wife. However, Bob didn’t change as exes normally don’t and Susan wants to resume the divorce proceedings. She can’t. The reconciliation of the parties extinguished the cause of action for divorce and she must start over with a new petition and possibly new attorney fees.

However, the courts have said that merely having a one-night stand with your ex does not constitute reconciliation. There has to be the intention of resuming your life together as husband and wife.

How Much Does a Divorce in Louisiana Cost?

The courts will charge a filing fee before you can even file your Petition for Divorce. There will be a cost associated with having the other party served with the petition. Different parishes have different filing fees. It’s best to chest the court’s website to be sure.

The cost of your divorce will depend on a number of factors, the most important being whether it is contested or uncontested. If it is contested; meaning there are unresolved issues such as child custody, spousal support and property, then your bill will be a great deal higher. Many attorneys require a retainer and they charge against it at a rate of $150-$300 an hour. Most attorneys will ask for a large retainer upfront to ensure they don’t run out of money before the case is finished.

If your divorce is uncontested, you won’t have to spend quite as much to obtain your divorce. At the Andries Law Firm, we offer flat fees on uncontested divorces in Louisiana that are highly competitive for the Alexandria area. That means you do not have to put up a large retainer and the amount you pay will cover the entire divorce. If other matters are brought up after the divorce is filed with the court, that portion will have to be negotiated. We offer payment plans to those who qualify.

If you are unable to afford your filing fees upfront, you can file what is known as a pauper form with the court. The Judge will look at the amount of money you make and how many bills you are paying. She will then look at the guidelines and determine whether you will have to pay your filing fees upfront. If she signs the pauper form, you can file your Petition for Divorce without having to pay the fees upfront. You will still be responsible for the payment arrangement that you made with your attorney. An experienced Louisiana divorce lawyer at the Andries Law Firm can explain this in more detail.

How is Child Custody Determined?

The court will attempt to determine the best interest of the child when determining child custody by using the factors described in the Louisiana Civil Code. The court prefers the parents to have joint custody with one parent being named primary domiciliary parent. Joint custody attempts to keep both parents actively involved in the child’s life.

Can Custody Be Agreed Upon Outside of Court?

Yes. If the parents are able to agree on who is to have custody, the court shall award custody in accordance with their agreement unless the best interest of the child requires a different award. In other words, as long as the agreement is good for the child, the court will honor it.

The longer a couple spends fighting in court, the more expensive it will be as both parties rack up billable hours to be paid to their attorneys. It also may have long-lasting effects on the children. It may be best for the couple to attempt to agree on as much as they can BEFORE going to court.

How Do I Change My Name?

You can either change back to your maiden name during your divorce by requesting it from the judge or you can do a name change by contacting us. We can draft the required paperwork and submit a Petition for Name Change to start the process.

We always recommend couples to attempt to work out issues before court. Let’s say you’ve worked out the majority of issues, but still have a few minor issues to figure out. Instead of going straight to court, you can do a mediation to resolve the remaining matters. This will cost substantially less than fighting it out in court. We can help you with this as well at the Andries Law Firm.

Louisiana Divorce Articles: The $500 Divorce,  Where do I file my divorce?, Help, I can’t locate my spouse, How much does it cost to file a divorce?, Uncontested Divorces, I can’t afford a divorce

Material presented on the Andries Law Firm, LLC website is intended for information purposes only. It is not intended as professional or legal advice and should not be construed as such. Some links within the website may lead to other sites. Andries Law Firm, LLC does not necessarily sponsor, endorse or otherwise approve of the materials appearing in such sites. The use of internet e-mail for conveying sensitive information is discouraged. Your communication to us through this website may not be considered as privileged or confidential, and will not create or constitute an attorney-client relationship between Andries Law Firm, LLC and any party. The attorney primarily responsible for this website is R. Jerome Andries. 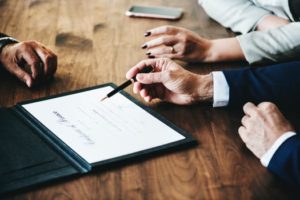 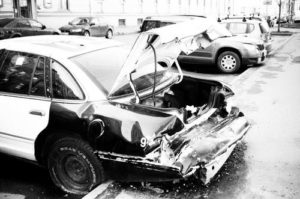